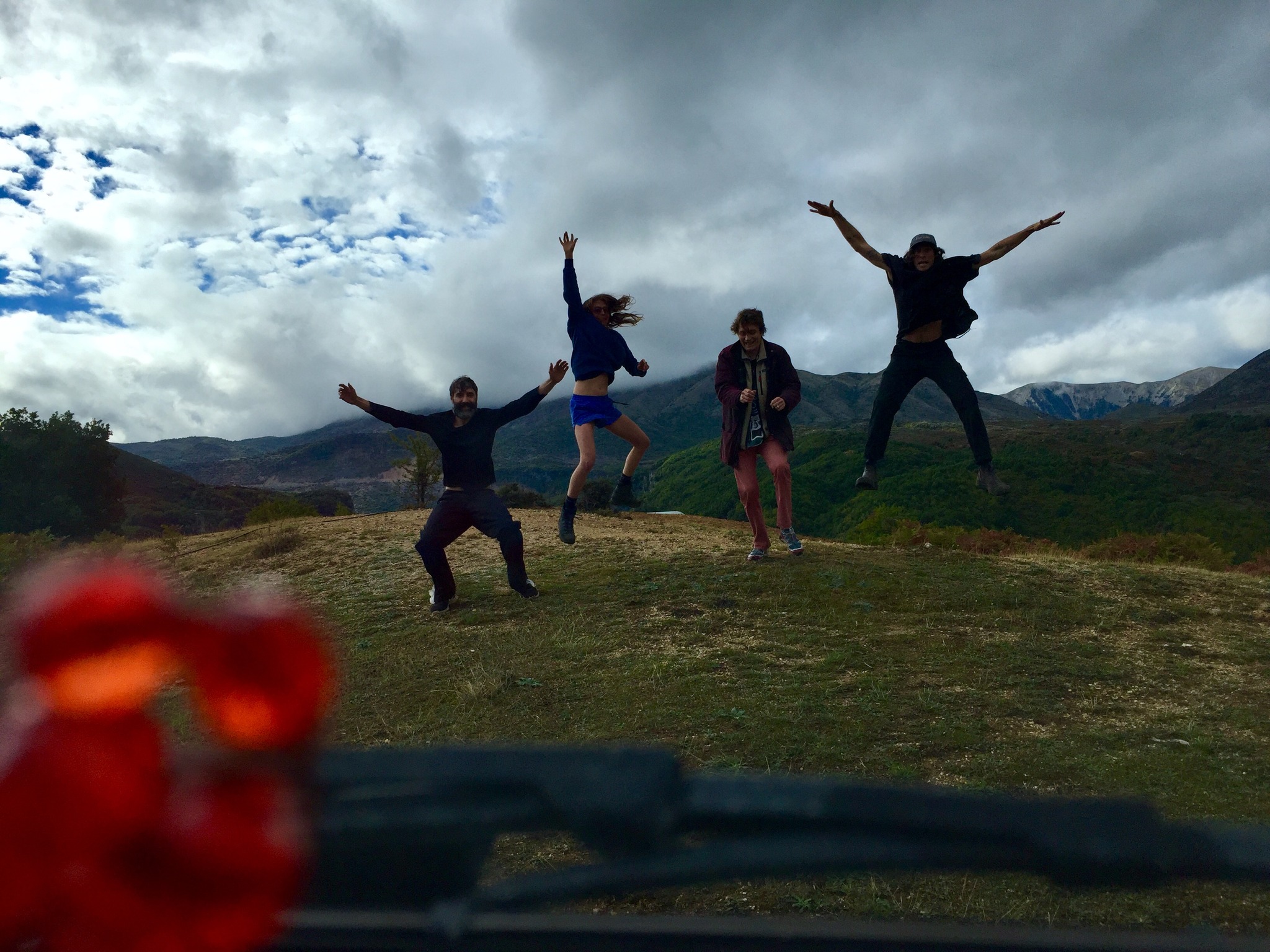 Not so long ago, during PULCRA PLLAJË’s AGÛA VIVA **, a conspiracy of ‘pllâjërs’ cascaded into a canyon in Nivicë, an ancient Albanian hamlet home to the rare Egyptian Vulture aka the Pharaoh’s Chicken, sniffing corpse flowers and fetching fidgety mantises along the way. Soon a geological delirium of slopes, valleys, cliffs, faults, rock walls, waterfalls and river scriptures enchanted their kinship senses as they meandered down & finally settled on a limestone boulder at the entrance of a bewildering gorge. Illuminated by earthshine, informed by sensorial perception, they began to confabulate an entanglement of sounds, ideas and melodies via echolalia, improvisation, mimicry and contemplation, drawing immediate inspiration from the surrounding stratification, the living landscape.

AMALBIA is an autonomous open air project space situated in Labëria, a mountainous region in southwestern Albania, a subalpine paradise about a thousand metres above sea level, sitting on a mesmerising plateau far away from our urban brouhaha. A wild wonderland for nature loving, free-spirited sentient beings of all sorts.AMALBIA envisions to become a sympoietic community experiment organised according to quintessential prerequisites for sustainable forms of cohabitation in our day and age, such as coexistence, ecology, liquidity, perspectivism, symbiosis,…as well as care & play in all its forms.