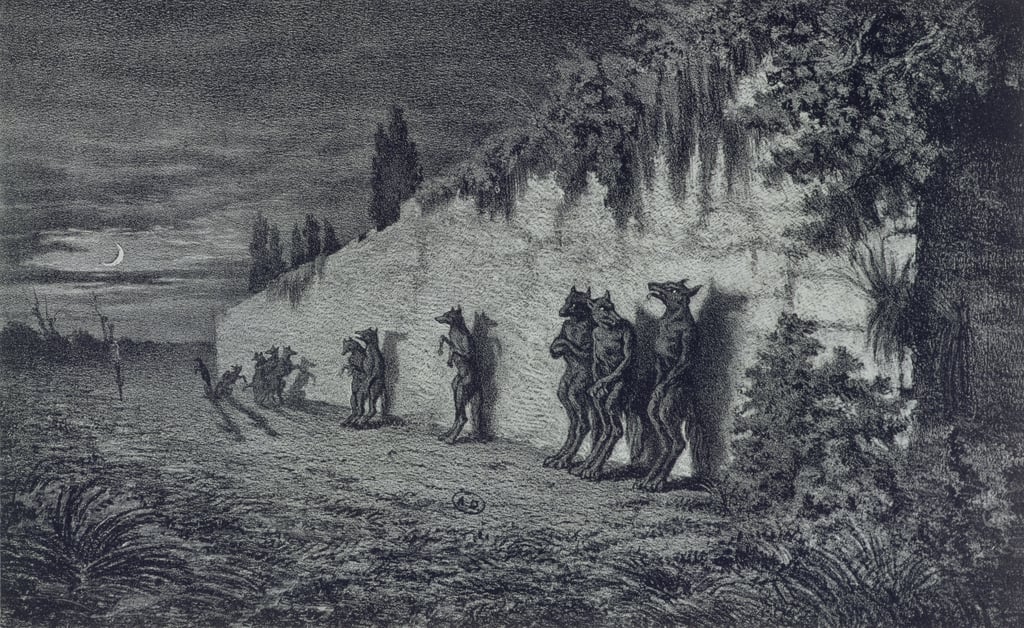 Of all members of the genus Canis, the wolf is most specialized for cooperative  game hunting as demonstrated by its physical adaptations to tackling large prey, its  more social nature, and its highly advanced expressive behaviour including  individual or group howling.

Wolves communicate to anticipate what their pack mates or other wolves might do  next. This includes the use of vocalization, body posture, scent, touch, and taste.  The phases of the moon have no effect on wolf vocalization, and despite popular  belief, wolves do not howl at the moon. Wolves howl to assemble the pack usually  before and after hunts, to pass on an alarm particularly at a den site, to locate each  other during a storm, while crossing unfamiliar territory, and to communicate across  great distances. Wolf howls can under certain conditions be heard over areas of up  to 130 km2. Other vocalizations include growls, barks and whines. Wolves do not  bark as loudly or continuously as dogs do in confrontations, rather barking a few  times and then retreating from a perceived danger.

The steam locomotive is fueled by burning combustible material (usually coal, oil or,  rarely, wood) to heat water in the locomotive’s boiler to the point when it becomes  gaseous and its volume increases 1,700 times. In most locomotives, the steam is  admitted alternately to each end of its cylinders, in which pistons are mechanically  connected to the locomotive’s main wheels. Fuel and water supplies are usually  carried with the locomotive, either on the locomotive itself or in a tender coupled to it.  Locomotives used bells and steam whistles from the earliest days of steam  locomotion. Whistles are used to signal personnel and give warnings. Depending on  the terrain the locomotive was being used in, the whistle could be designed for long distance warning of impending arrival, or for more localized use. In the United States, bells warned of a train in motion.